Massimo traveled to Stockholm from Rome to get new hair

Massimo traveled from Italy to get a hair transplant in Sweden at Nordic Hair Clinic. He had considered getting a hair transplant in Italy, Turkey, or Greece, but when he saw the results his friend got, and hearing such good things about the clinic, he decided to fly out to Stockholm. We took the opportunity to interview him about his journey towards better hair.

“I started losing hair when I was a teenager, 16 years old. When I was 19, it was very obvious in the crown. The crown at the back of the head had become a large, empty square. I dealt with the hair loss emotionally, so it wasn’t such a big problem over the years, but deep down I always dreamt of the day when technology would be advanced enough to fix this and make my dream come true. Now I’m excited about finally, after all these years, getting to have a hair transplant,” Massimo recounts. 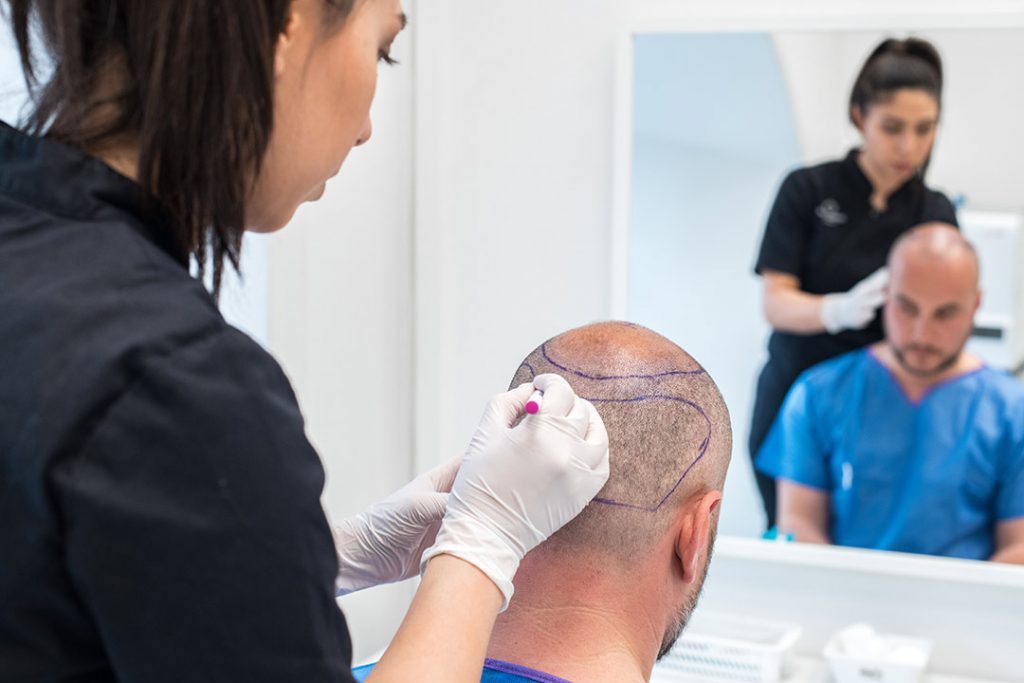 Traveling from Italy to Sweden to get a hair transplant

“It was a bit of a vacation for me. I didn’t expect it to be this sunny and pleasant in Stockholm in February. That alone was a nice experience.”

The day after his operation, Massimo returned to the clinic to remove his bandage.

“Taking off the bandage was an interesting experience. I was worried it would hurt. Luckily, it didn’t. But I was a bit shocked to see the donor area. It’s bigger than I thought it would be. At the same time, that’s a good thing, because it means they could extract a lot of grafts and transplant them to the area where I’m missing hair. It doesn’t hurt, though,” Massimo says.

The first night after the procedure 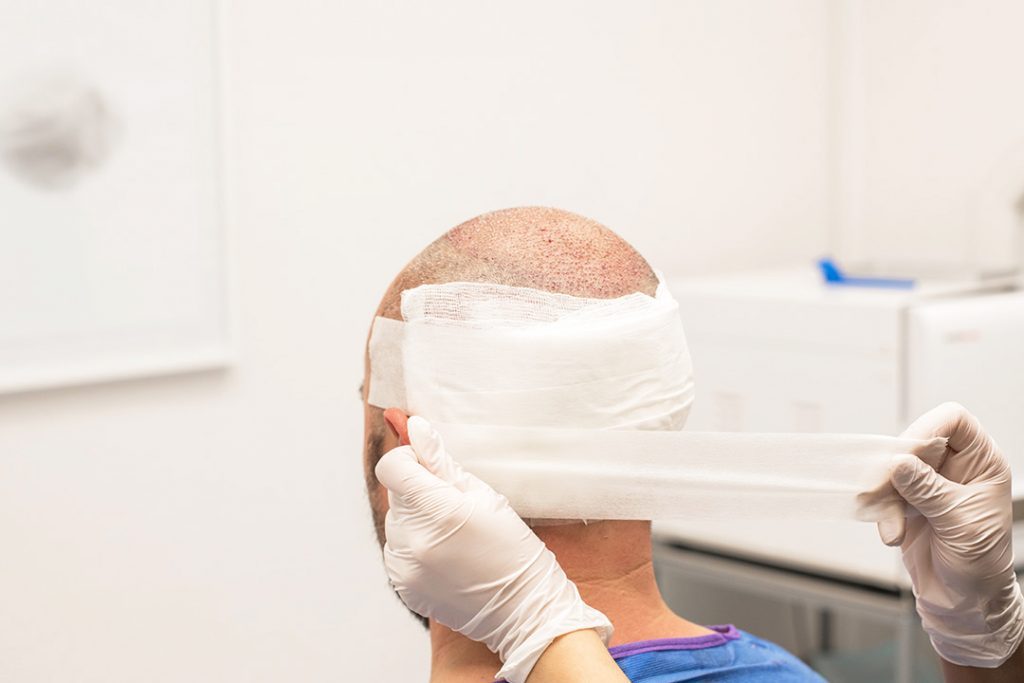 “Netflix helped a lot. I never felt weak or dizzy, but I feel more stable now on the day after the hair transplant. I brought 2 neck pillows – the kind you use on airplanes – and it helped a lot. I was given a number for a doctor who I could call whenever I needed, even at night, but I never felt like I needed to,” Massimo says.

On the second night, Massimo found it much easier to get some sleep. After his first PRP treatment, 2 days after the operation, he had slept through the night without any issues.

Massimo looks forward to the results

1 PRP treatment is included in the price as aftercare following a hair transplant in Sweden. Massimo had heard that PRP had many positive effects on hair and that it helps the transplanted hair to start growing.

“I look forward to my treatment. It’s really simple. It’s a blood test and some injections. I could feel the needles, but it wasn’t painful, unlike getting the anesthetic for the operation,” Massimo says.

After his hair transplant, Massimo feels more than happy that he had the procedure. He looks forward to seeing the results.

“I would like to fast-forward my life right now to see what I will look like in 6 months or a year from now. I would recommend a hair transplant to others who want to feel more comfortable with themselves. If you look in the mirror and don’t recognize yourself, you should come here and get it done. It looks scarier than it is,” Massimo recounts.